The Hall Pass Heathen has been brought to justice 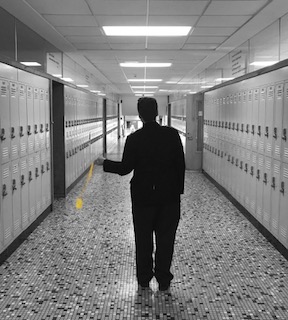 The pilfering revolution is over. The mastermind behind the hall pass disappearances has finally been apprehended. The culprit was none other than student council representative and third runner up for homecoming king Nick Ward.

Ward claims that his first act of thievery was completely unintentional. He had asked to get a drink of water and when he returned to class he completely forgot about returning the pass.

“When I got to my locker, I realized that I forgot to take it off. Then it occurred to me: I hate the concept of hall passes.” Ward said.

Since that occurrence, Ward has acquired, as he put it, “definitely over ten, but less than 20” hall passes, keeping them safe in an undisclosed location. Ward’s thievish ways were prompted by the newly instituted hall pass system. Rather than teachers distributing their own unique hall passes, they are now requiredto use the card and lanyard passes.

“I miss the old days where we would just take Coach D’s garbage can or Mrs. C’s crown… Every teacher had their own unique, individual object like Mr. Waitkus’ teddy bear.”

As Ward’s rebellion grew, with others joining in his crusade, so did the suspicion of the administration. With so many teachers commenting about their missing hall passes, the faculty were told to keep their eyes out for thievery as an investigation ensued.

The investigation proved to be rather daunting. The investigation included intense interrogations, aimless searches, and the intricate use of push pins and thread to connect pieces of evidence. These methods were ultimately fruitless and the investigation hit a dead-end. It wasn’t until Mr. Salamone overheard students in his class talking about Ward and his actions that the case was reopened. Mr. Salamone looked into the matter and eventually gave Ward’s name to Student Affairs.

“I’m very pleased that my detective skills allowed the hall passes to be returned… I’m confident that I will receive mine now that the culprit has been apprehended.” Salmon said.

While Salamone was celebrating his sleuthing victory, word began to spread among the students. Nick Ward’s pass revolution was waning.

“I was not at school that Friday. I was in Oklahoma, minding my own business, and then I get five texts at the same time saying: ‘Nick Ward, you’re in a lot of trouble. They know it’s you.'”

His kleptomania had finally caught up to him. Despite the consoling of his friends, his fear of getting in trouble prompted him to return all of the passes he had acquired to Coach Dimitri. 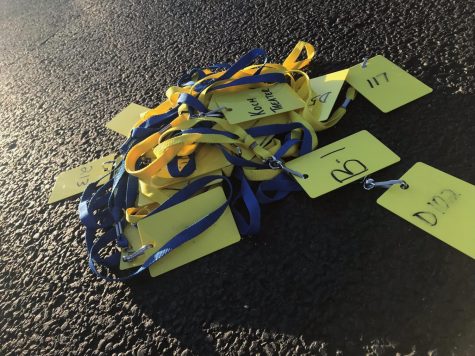 “I came to school, took one last picture with my pretties, and went to Student Affairs. I walked in and said, ‘Coach D, I got something for you.’ and he said, ‘Oh, yeah?’ and I said, ‘Well, it’s really more like twenty somethings.’

Expecting the worst, Nick Ward was relieved to find out that he wasn’t in a huge amount of trouble. Instead of a detention or academic recovery, Coach Dimitri, being aware of Nick’s first row parking spot, sentenced him to a week of parking by the tennis courts.

“It wasn’t a heinous crime, it was actually rather creative. So, we knew we had to be creative with the punishment. He was worried about walking to his car in his speedo after swimming, so I just told him to bring a robe.” Dimitri said.

In the end, Nick is relieved that things ended the way they did. Being pretty straight-laced, he knows that returning the passes was the right thing to do.

“I’m a good kid. I don’t drink drugs, I don’t smoke alcohol, I’m not into any of that stuff. So, if this is the one ‘big, bad’ thing I did in high school then that’s kind of a good thing.”