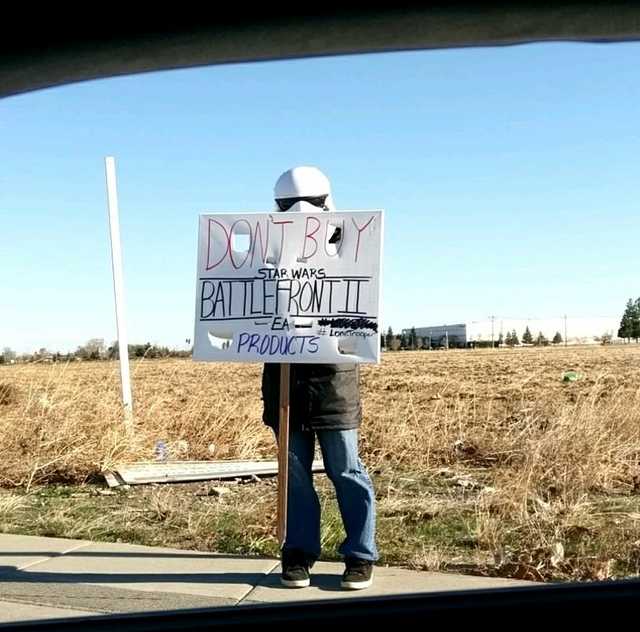 The gaming community is choosing to stop buying video games that incorporate “pay-to-win” features which are effectively ripping off it’s consumers. Video game companies are no longer able to get away with selling unfinished products, both on consoles and mobile devices. Several new video games are requiring players to pay extra fees in order to have a complete experience. Additionally, “loot-boxes” have become an increased presence in mobile games which has angered many users. A loot-box is a randomized prize that can be used in-game in order to gain an advantage.

Developers have thrived in recent years before any backlash resulted from these methods, but the growing loss of support might suggest there isn’t a place for loot-boxes anymore. The growing use of “pay-to-win” aspects, such as micro-transactions that give in-game currency, is starting to attract controversy and dissent from player bases. The sudden drop in Entertainment Arts’s (EA) stock, a loss of over $3 billion, is the result of distrust from the gaming community that may not be repaired until a change is made.

Console games that are not free are still expensive, which outrages gamers even more considering the fact that they still have to pay for extra content. For example, someone could pay $60 for Call of Duty WW2 and still have to pay an extra $20 to play new in-game maps in the future. The anger lies in the idea that developers such as EA are purposely selling incomplete games, just because they know people will buy the product and the additional content anyways.

Star Wars Battlefront II, the most recent and hyped release from EA, is the most prominent example of a new video game being boycotted due to incorporating pay-to-win tactics. Certain in-game characters and cosmetics are initially locked, unless one were to either pay for them or play for a designated amount of time. It can sometimes take upwards of 30 hours to unlock a single character. This requirement was held in contempt by many factions of the gaming community, prompting EA to go as far as “temporarily” suspending the micro-transactions. While all of the play-time requirements to unlock characters remained, this took away the ability of paying for them altogether. Nevertheless, the game failed to meet expectations as EA has lost over three billion in stock, an eight percent drop, over the past two months. This drop can be attributed to the micro-transactions and the loot-boxes.

But ultimately, what effects are these pay-to-win features having on its users?

Marshall Foerner, a student at Marmion Academy, is not boycotting these provisions, but is weary of their potential effects.

“I’ll still play the game if it takes more work to unlock characters, I just won’t spend money and that might affect how long I’ll play before I’m bored.”

It is evident that there is a portion of both the console and mobile gaming communities that are upset at the idea of spending money on loot-boxes and other micro-transactions. Junior Nate Masus shares this frustration, but has a different view of how it will affect him.

“There’s no point in spending money on a game that won’t eventually be liquidated back into something I can use in real life. If I’m gonna spend money on a video game then it’ll be the full game and not just something that’ll help me get better at it, unfairly.”

On the other hand, some students have no problem purchasing games with micro-transactions. A student who did not want his name shared felt that they he would keep buying them.

“I have bought them [micro-transactions and “packs].” I think they’re awesome and I don’t have any trouble buying them as long as its not with my own money. I have spent at least $200 on Madden Mobile and other games as well.”

The increasing prevalence of micro-transactions, pay-to-win styled games, and gambling through packs and loot boxes has taken a strong hold on modern gaming. Less and less people are tolerating this inconvenience. It is fair to wonder whether video games start to completely die out because of the greed of these companies.