Not my president, I mean, Star Wars movie. 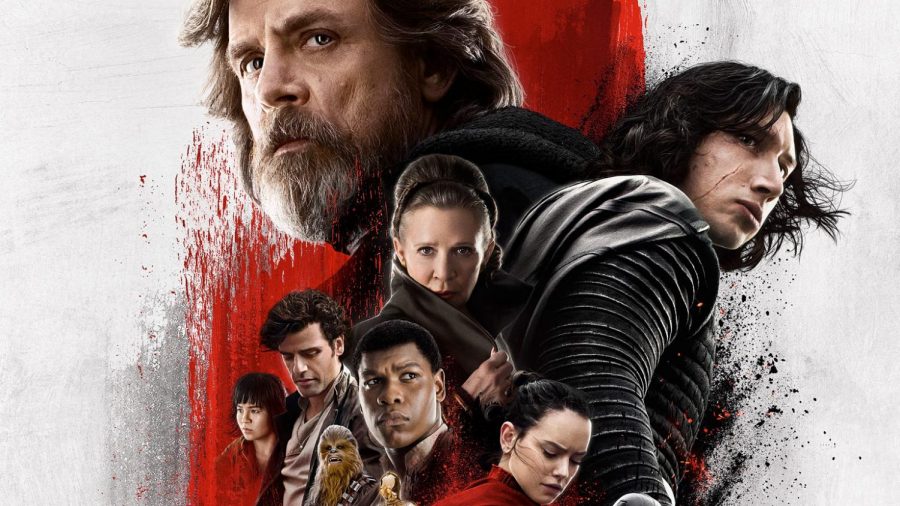 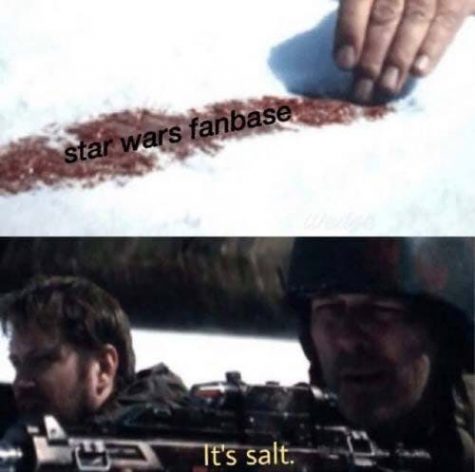 **THIS ARTICLE WILL CONTAIN SPOILERS FOR STAR WARS EPISODE VIII: THE LAST JEDI. YOU HAVE BEEN WARNED.**

We, as a society, can be disgustingly whiny. As many know, we are graced with a new Star Wars movie, filled with twists, turns and new themes that have never been experienced before in the Star Wars franchise. When the trailer first dropped for The Last Jedi during Spring break, Disney was already targeting the speculation and excitement of the fans.

“Why is Finn wearing a First Order uniform again? Isn’t he one of the good guys?”

“Why’s Kylo Ren reaching his hand out to Ray?”

And for the love of God, “What does Luke Skywalker mean by ‘It’s time for the Jedi to end’?”

As Disney egged the audience on with tidbits, everyone was left to be enticed for the next several months. And finally, December 15th arrived.  On the night of the premiere, theaters were packed with chattering fans and individuals in full costume, all thrilled for the events about to transpire.  What transpired next can only be described as magical. As the green shimmer of the Lucasfilms logo took the screen, myself and the rest of the audience were all bombarded by the familiar horns of the opening theme as the theater burst into uproarious applause. Throughout the duration of the movie, the crowd frequently burst intoapplauase, cried out with no’s, laughed until they coughed, and in the somber moments, went dead silent. Star Wars, once again, showed that it was an experience and not just a movie. I left the theater that night with great anticipation to hear the rest of the world’s reaction.

Lo’ and behold, the world’s gone to hell.

As of writing this review, The Last Jedi’s audience score on rotten tomatoes has dropped to a 50%. Not only is that lower than every single Star Wars film before it (Yes, even The Phantom Menace) but it’s lower than Martin Lawrence’s Big Momma’s House, which sits with a 57% audience score. The IMDB score sat at a comfortable 9 the opening week, now sits at a 7.5, lower than the original trilogy, Rogue One, and Revenge of the Sith. At this point, I can only come to one single conclusion:

Everyone, before going in, held high expectations, wants, and needs for the film. A lot of those expectations relied on what Luke would do, questions over whom Supreme Leader Snoke was, and how the film would portray Princess Leia following Carrie Fisher’s untimely death. As soon as the movie jumped to Ray finally giving Luke Skywalker his lightsaber, the one that Anakin fought with throughout the prequels, the one that fought the same man in Cloud City, and the one that fended off Kylo Ren just hours ago, was finally being returned to its rightful owner. So, what does Luke do when he finally wields it…?

He immediately tosses it behind the cliff without remorse and walks off.

Just watching that scene you could hear millions of over fifty-year-old men groaning in their seats, absolutely livid with how their childhood hero had become old and bitter.

Well, what about Snoke? That big disfigured hologram guy from the movie prior? The world had gone crazy with theories ranging from him being the Emporor, Anakin Skywalker, or even Mace Windu. Surely we would get an answer to our theories and see him show off his insane potential.

Instead, he was gored after less than ten minutes of screentime. Supposedly the most powerful being in the new trilogy, one who can toss around Ray and conjour up force lighting like it’s nothing, gets turned into a kabob by his own trainee Kylo Ren.

And yet, those are many of the reasons why I loved this movie. Every single time you think the movie will zig, it zags. Never before have I genuinely been so speechless by watching a Star Wars movie.  There are so many moments in this film that will not only go down as greatest in Star Wars history, but some as greatest of all-time in film history. Many of the locations in the film are so aesthetically pleasing, everywhere from Snoke’s stark red throne room, to the salt planet’s misty ground. Director Rian Johnson crafted the most anti-Star Wars movie thus far, throwing away many of the conventional tropes that have been synonymous with the series. There is no “dark side and light” there’s no triumphant victories, and absolutely no one is safe in this movie. Unfortunately, this has been hard for many people to accept.

A lot of the complaints I’ve seen for this movie as well as the new trilogy in general, seem more like nitpicks than actual constructive criticism. That’s not to say this movie is without flaws; there’s not a single Star Wars movie that doesn’t have “that sequence”. You know the one. The one that brings whatever plot progression the movie has gained to a screeching halt.  For Phantom Menance, it’s the pod-racing and gungan ships. For Attack of the Clones, it’s the factory on Genosis. Without a doubt, for The Last Jedi it’s when Finn and Rose go to Canto Bight. The reaction that it’s garnered has been pretty much always negative, but going as far as to call it one of the worst sequences in Star Wars history? Despite the fact that it’s a lot better directed than said scenes and at least has some relation to DJ’s betrayal near the movie’s end? Much of the criticism that seems to be aimed towards this movie, applies to most, if not, all of the Star Wars movies that have come before.

“There’s too much humor that’s thrown in at the wrong times!”

But the prequels can get free passes because they’re memes now?

“I hate how they explained the force! Now it’s just some tool that everyone can use!”

People wanted answers for many things, but I guess the force wasn’t one of them. But we’re perfectly ok with both the prequels and the original trilogy just pointing at things and making them fall or fly?

It’s funny how things turn out. I remember the excitement everyone had when The Force Awakens came out. How so many people left excited and filled with wonder. But then, it suddenly became cool to hate it, whether that was because it was “too same-y” or because of the diversity, or because Ray was too powerful, etc. It got to the point where it was clearly agreed upon that the reason why everyone hated it was because it was too similar to A New Hope. So, now the Last Jedi comes out, not only a breath of fresh air for the series, yet unfortunately, it is now too “different” from everything that has come before. The same thing has happened to this movie as well, and unfortunately, is just as likely to happen to the future installments for years to come.

When did it become cool to hate Star Wars?