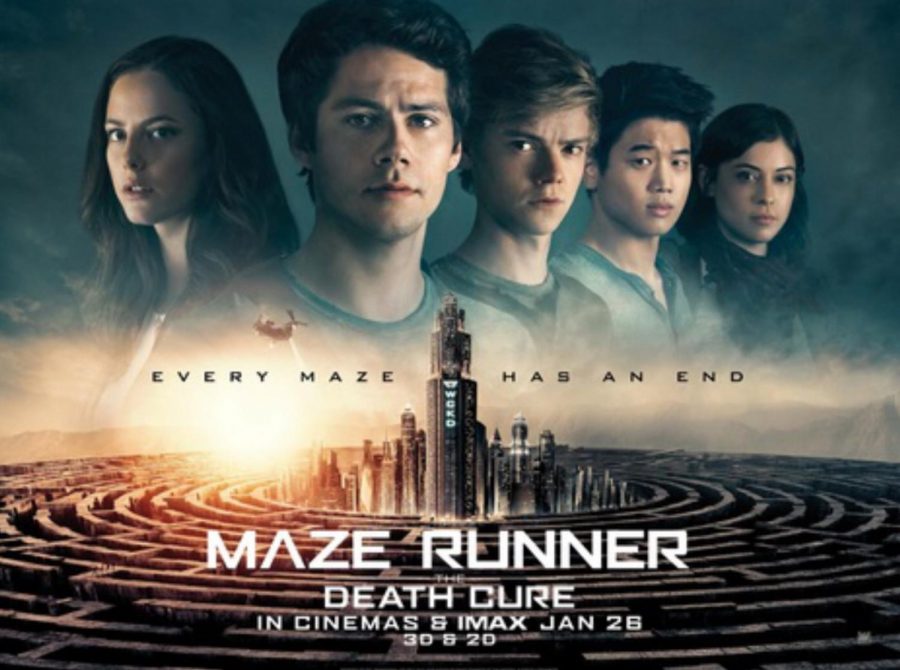 When another Maze Runner movie made its way to the box office, I was dreading it. The books were dumb and childish and the movies were mediocre.  The directing and acting were pretty good in the first two movies of this trilogy, but the horrendous dialogue always dragged them down for me. I can now say, after seeing the final movie, that the dialogue is still cringeworthy, but man if it wasn’t a spectacle to behold.

This movie is good. It is, surprisingly, really good.  I am still shocked.  In this installment, Thomas and his fellow “gladers” are on a rescue mission to save their friend who was captured in the previous movie.  While this happens, a disease is slowly wiping out the whole of the population.  The last hope for survival is to infiltrate the last city and to take down WCKD, the organization who will do whatever it takes to find a cure, even if it kills many in the process.

For me, this movie has two flaws: the bland main character and the writing.  The secondary characters shine for me, despite the poor decisions made by most of them throughout the film.  With poor dialogue and flashy action fare, The Death Cure has all the tropes for a bad survival flick.  Despite this, it still found ways to excel.

This movie is hands down the best movie of the trilogy.  What the director, Wes Ball, does with a reported 62 million dollar budget is astounding.  Every set piece is incredible.  A main standout is the directing of the action scenes that had me on the edge of my seat.  The opening train sequence is long, flows well, and is action packed.

At the beginning of this movie, I cared very little about the characters; I didn’t even remember their names.  With that being said, there is a scene near the end of the movie that is so heart wrenching, it was enough even to warm my cold, careless heart.

The finality of this movie is spot on.  How rare is it for a movie series to have a plan for three movies and actual go through with that plan with the same director and vision.  Wes Ball deserves a raise.

This movie is far from perfect.  However, it is certainly an enjoyable enough ride that allows you to overlook its flaws.