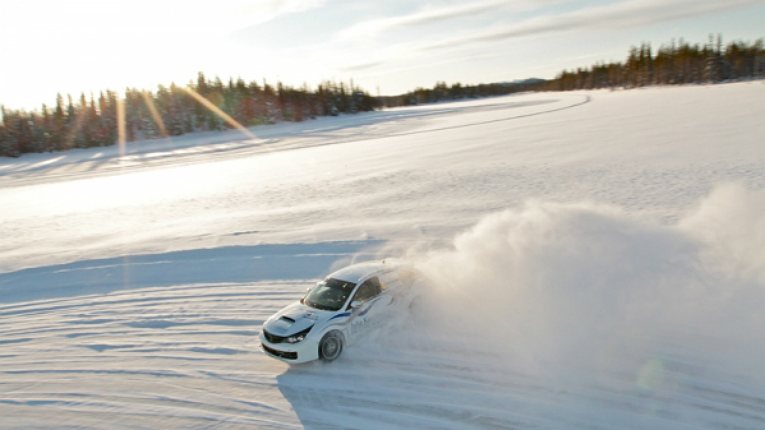 Sure the education system over there is apparently off the charts and every Finn is a genius, but I’m talking about driving.

In Finland it is mandated that part of the strict 18 hours of instructional driving for the test must be on slippery roads.

Exposure to the elements is key.

Here in America there is no focus on studying for the most difficult part of the exam, driving in snow, ice and rain, before taking the test.

It is just like if I were to say I passed Pre-calculus with trigonometry but I never learned the trigonometry. Or if I received an A in Spanish by only learning English.

See the sensibility?  Or lack thereof…

The only thing Americans need before taking to the road in four wheeled coffins is a list that has been “truthfully” filled out with records of every “hour” someone drove. Oh and of course a few guided drives with a so-called driving expert.

And once new drivers receive their certification in this critical class without learning the most critical information, the elements show up. In the winter months, the roads become very treacherous. The invisibly deadly black ice litters the streets waiting for a victim in their vulnerable car. And once people are thrown out into the elements, everyone else is put at risk because poor little Billy has never driven in snow before, and innocent little Susie has no idea why her wheels are spinning on the ice despite her foot crushing the gas pedal to the floor.

Its not Billy and Susie’s fault. It’s America’s. No one is taught what to do when the principles of friction are compromised.

Well I understand that adverse “elements” are not always present. And it is not plausible for every Floridian and warm-state resident to head north into the inconsistent “elements” to earn their license.

Which is why it must be mandated that every little boy and girl grows up playing car racing games. To become mentally apt enough to quickly make a steering adjustment in the snow, people will need to exercise their brain. Playing video games with fast cars teaches people what will happen when cars lose control. Who says Xbox can’t teach kids?

“Nope, sorry little Billy, you can’t finish your math homework until you have beaten oversteer: level one on your Xbox. Who cares about getting into college! You’re going to die if you don’t learn how to drive properly!”

Maybe that’s why the Finns are so much smarter than us Americans. They don’t focus on applauding every driver who handles their car when everything is running right. They award licenses to those who can maneuver a vehicle when everything goes wrong.

So go load up on car games, jump into the elements, and catch up to those Finns!