The Will of a Winner- State Champion Trevor Chumbley 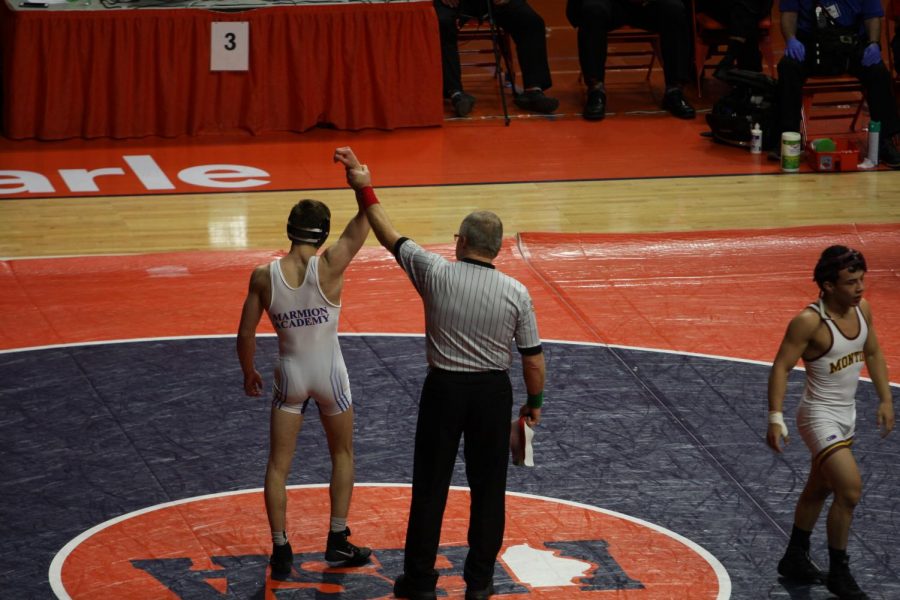 The success of Marmion’s Wrestling team was punctuated this year by a remarkable season from Junior Trevor Chumbley, the winner of the 2018 IHSA Individual State Championship. The dedication and discipline it took for him to reach the highest level of competition seems crazy to some people, but he believed it was necessary. With all eyes on him, he set out to make his mark on this year and he was successful.

The Road to State

The school wrestling season began in October for Trevor, but he wrestled prior to that as well. He had placed 6th in a Freestyle Wrestling Nationals Tournament in North Dakota not long before the season began. Additionally, he had placed 4th in state last winter as a sophomore. Trevor practically has no “off-season,” and this commitment gave him the confidence to win it all this year. He had high expectations for the season, and this showed in his attitude.

“I wanted to be a state champion”

The rest of the team’s training regimen reflected this desire to win state, but that still was not enough for him. Trevor chose to do extra work to hone his skills even during the season, usually after team practices that were already quite grueling.

“I trained as hard as I possibly could; I had great partners and coaches who pushed me everyday to help me get better. I did a lot of extra work on off days and after practice to keep improving.”

Trevor’s work paid off throughout the season, capping off the year with a 44-2 record. It wasn’t long before he was qualifying for individual state in Champaign after performing well at sectionals. The season did not matter at this point, the championship was decided by the matches ahead.

“When I qualified for state, I was focused on going to win a state title, and I knew I had to win four more matches to accomplish my goal.”

His resolve never faltered, and three matches later he was wrestling for first place in the Individual State Championship. The deciding match would be held on February 17th at the State Farm Center. Trevor’s opponent was one that he knew well, Fidel Mayora of Montini Catholic High School. Mayora’s record was 35-7, and he and Trevor had already met several times before that final match. 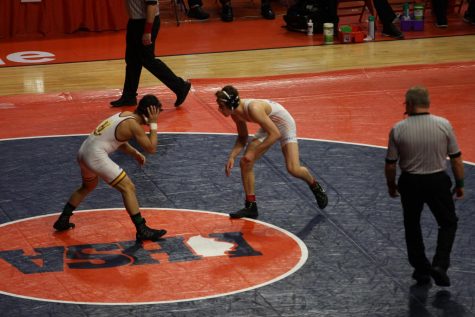 A hard fought match ensued, with both wrestlers scoring points in a close contest. In the end, Trevor’s hand was the one raised which officially made him the best 138 lb. wrestler in the state.

“When the buzzer went off it was like a feeling of relief because I knew all of the hard work had finally paid off, and I was just so grateful for my family, coaches, teammates, and everybody else that helped achieve my goals.” 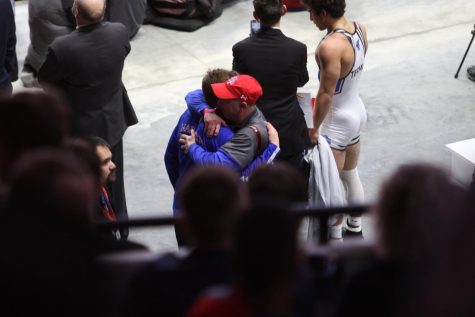 “It was the best feeling ever and it was unreal.”

Now that Trevor has achieved the greatest accomplishment in high school wrestling, he has set out for more.

“My goals for next season are to win a state championship as a team and repeat as an individual state champion. Also, I plan on placing at the prestigious Ironman Tournament along with winning every other tournament.” 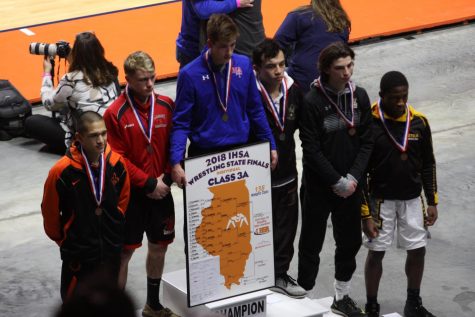