Volleyball is Set for Success 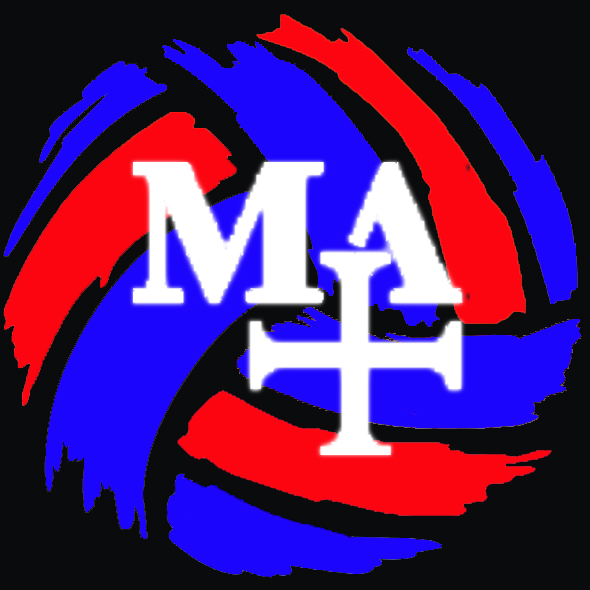 The volleyball program here at Marmion Academy is heading into its second season, and things are only looking up. Yes, the inaugural campaign was a bit of a rough year at the varsity level (5-16), but for a program only in its infancy, there were plenty of positive takeaways, including a 4-4 record in the CCL.

Looking to build off last year’s showing are six returning varsity players – Tim Hoying, Carlos Luna, John Roche, Jake Bettag, Ben Riner, and James Tews – all of whom were key contributors. A season of experience coupled with a year of growth will undoubtedly allow them to bring more to the table this time around.

Head coach Barb Ebert, for one, is extremely optimistic about the coming year. “As a new program, I think many people inside and outside Marmion didn’t expect us to be as competitive as we were [last year], so I think one of the most positive takeaways [from last season] was that even as a very new program, we can step in and be competitive.”

“With varsity going .500 in conference and playing some state-ranked teams outside of conference, although we suffered quite a few losses to those state teams, I’m confident that we can be competitive as our program builds.”

Coach Ebert also mentioned a few goals she had for the program.

“One of our goals has already been met. We have successfully put together a freshman team. On the JV level, our goal is to obviously defend our championship but also to get those players quality playing time and experience. For our varsity, there’s no doubt that a goal is to improve on our .500 in-conference record, but also I would like our varsity players to see the fruits of their labor from just last year to this year.”

One notable player returning from the 2017 team is team captain Tim Hoying, who is excited about the team’s future.

“As a program, I think we can have a strong showing in conference and hope to come out with a winning record at all levels.”

He echoed Coach Ebert’s focus of building up the program for future seasons as well. Hoying also commented on the relationship among those on the team.

“The guys this year are really close knit. We all have great chemistry, and I think we know how to have a good time.”

Coach Ebert’s thoughts on the matter were quite similar.

The culture she spoke of is primarily centered around character.

“I want us to be viewed as Christian leaders,” Ebert said. “As much as that may be cliché, or in some people’s minds overused or overheard here at Marmion, I mean it.”

“I want us to have exceptional sportsmanship, exceptional respect for each other. I want our identity to be that we are a quality program in terms of character. And along with that moral character comes a certain dedication to volleyball, which will then manifest itself, quite frankly, in our record.”

All in all, the volleyball program certainly seems headed in the right direction. Optimism, experience, and an influx of talent should allow it to earn a lofty reputation this season and beyond. The volleyball season opens with the team’s first home match on March 27th against Mount Carmel.