How Sony Redefined Spider-Man While Preserving The Character’s Essence 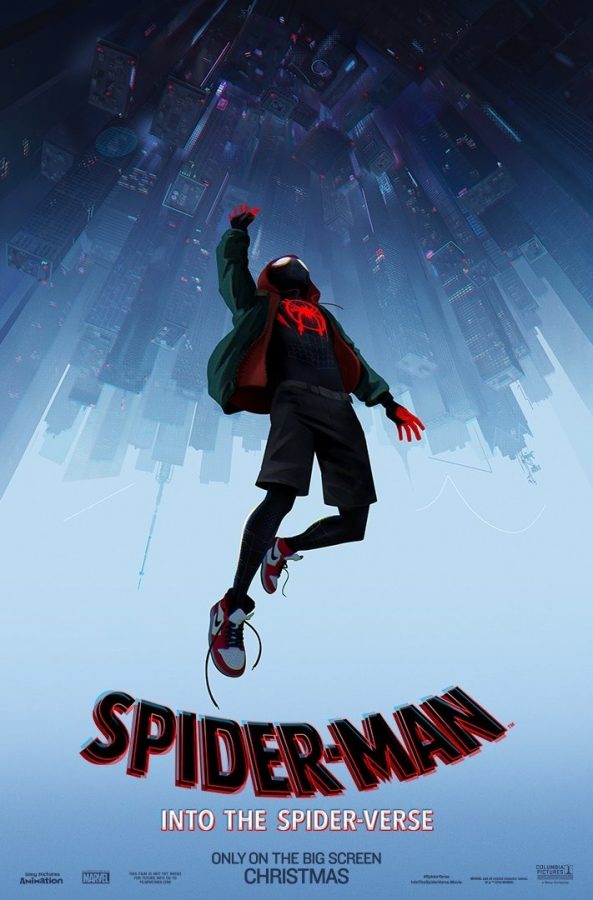 Over the last fourteen years, audiences have been trained to predict what they will most likely see in a new Spider-Man movie. They will definitely see Peter Parker, a shy, awkward teenager struggling to balance family, school, work, and being a superhero. He will most likely have a girl that he is fawning over, usually Gwen Stacy or Mary Jane Watson. A new super villain will emerge and threaten to conquer New York, and Spider-Man will have to stop him. Perhaps at some point he will become fed up with his superhero duties and quit being Spider-Man, but of course he will eventually don the mask once again to beat the bad guy. Above all, however, the one thing that has always been a guarantee is Peter Parker as Spider-Man.

That is until Sony released their newest take on the web slinger into theaters last month: Spider-Man: Into the Spider-Verse. Unlike the previous six films, this one does not see Peter Parker taking the role of the protagonist. Instead, he is a side character, acting as a mentor to the new hero of the film, Miles Morales, a young, African-American/Latino teenager from Brooklyn who is learning to take up the mantle of Spider-Man. However, these are not the only two characters with web slinging powers in the film. Spider-Verse features a whopping seven different versions of the Marvel hero: Miles Morales, two versions of Peter Parker, Gwen Stacy (a teenage girl), Spider-Man Noir (a gangster-fighting detective from the 1930s), Peni Parker (a young Asian girl from the distant future), and Peter Porker (a pig). Each of these characters were brought to Miles’s reality when Kingpin, the villain of the film, accidentally caused all of their dimensions to crash together. Every one of these characters is animated in a different style, giving each their own distinct personality.

At first glance, this may seem like a cheap move by Sony to pander to every demographic they can. However, Phil Lord and Chris Miller, the producers of the film who directed other hits like The LEGO Movie and 21 Jump Street, seem to understand the character of Spider-Man better than almost anyone. Along with directors Bob Persichetti, Rodney Rothman, and Peter Ramsey, they were able to create a movie that manages to introduce completely new versions of the character while staying true to the things that make Spider-Man great. 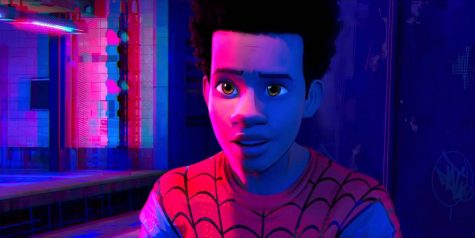 The late, great Stan Lee gave an interview in 2009 where he spoke about how he and Steve Ditko created Spider-Man back in the 1960s. When asked about the universe appeal that Spider-Man has, Lee said, “You could be any kid; you could be black, you could be Asian, you

could be Indian, you could be anything and imagine you were in that costume. So I think that made it relevant to everybody, everywhere.” This quote speaks to the unique advantage that Spider-Man has over most other superheroes: he has a full body costume. Other iconic characters, like Superman for example, do not bother with masks, so you can always see what they look like. Some characters do wear masks, such as Batman or Captain America, but they almost always show a part of the their skin, like their jaw or maybe their hands. With Spider-Man, no part of his body is exposed for people to see, essentially making him into a blank canvas for kids and adults to project themselves onto. Anybody could look at a comic panel of Spider-Man fighting crime and feel empowered by him. Not to say that you cannot be inspired by characters that do not look like you, but everybody has an inherent desire to see people that look like themselves on screen, and movies like Black Panther and Crazy Rich Asians , two huge box office hits of last year, prove this.

It is in this unique aspect of Spider-Man’s character where Spider-Verse truly thrives. One of the taglines for the film was “Anybody can wear the mask,” and this is not only a clever marketing ploy but also a perfect encapsulation of everything the movie stands for. It seeks to broaden the moviegoing public’s perception of who (or what) Spider-Man is, because all they’ve known before now was Peter Parker, the teenage kid from Queens. Now they know about Miles, the kid from Brooklyn who struggles under the great expectations placed upon him. Now they know about Gwen, the girl who has closed herself off from the people around her because of her past trauma, or Peter B. Parker, the alternate dimension Spider-Man who has lost his way after his divorce with his wife.

Now people know that Spider-Man can be a young Asian girl, a detective from the black-and-white era, or even a talking pig. In making this movie, Sony has expanded the boundaries of what Marvel’s most iconic character can be, to the point where non-comic readers, for the first time ever, may find that they enjoy Miles, or Peni, or Gwen more than the classic Peter Parker.

Into the Spider-Verse creates many different versions of the beloved character while keeping true to one of the core values that he, or she, or even it, stands for.