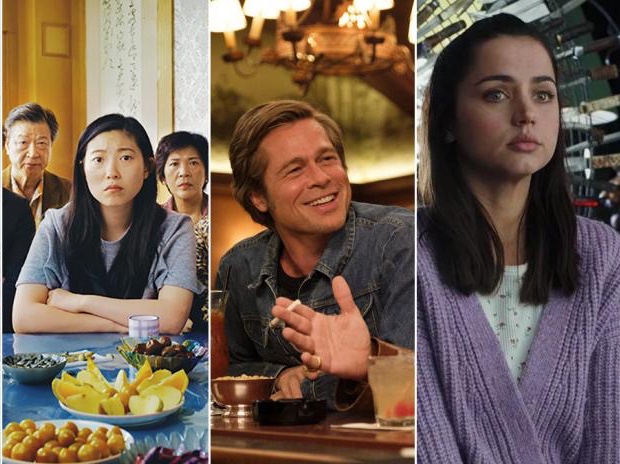 From veteran directors reflecting on their lengthy careers to young filmmakers offering unique stories and perspectives, there were a multitude of fantastic movies that came out in 2019. Here are ten of the best ones.

Upcoming director Jordan Peele made a splash in 2017 with his bold and thrilling debut, Get Out. Two years later, Peele has further proven his skill behind the camera with his sophomore outing. Lead by a transcendent performance from Lupita Nyong’o, Us stands out from other horror films of the year by providing viewers with a chilling perspective on the economic and social systems of America.

In a similar fashion to Jordan Peele, Greta Gerwig, director of 2017’s Lady Bird, demonstrates her vast array of directorial talents with her second film, Little Women. Though Gerwig is far from the first filmmaker to adapt Louisa May Alcott’s famous novel, her version triumphs because of its unique approach to the classic story, as well as the overwhelming level of craft that manifests in the finished product. It is a remarkably intimate and lovable film.

A Beautiful Day In the Neighborhood

Marielle Heller has solidified herself as the leading empathetic voice in Hollywood with her new film centered around the iconic public figure Fred Rogers. A Beautiful Day In the Neighborhood features Tom Hanks as the beloved children’s television star alongside Matthew Rhys as the reporter sent to interview him. The movie shows the immense impact that kindness can have on a person in need and serves as a reminder that hope is always present, despite the hardships that you may face.

Once Upon a Time… In Hollywood

Quentin Tarantino’s most recent film is also his most self-contemplative. Hollywood stars Leonardo DiCaprio and Brad Pitt as two aging actors during the tail end of Hollywood’s “Golden Age”. The movie paints an extremely vivid picture of the time period that it depicts and, similar to Tarantino’s 2009 feature Inglourious Basterds, creates an alternate version of an infamous historical event, leaving it up to the audience to decide how they think the future will play out.

Perhaps the saddest movie to come to theaters in 2019, James Gray’s Ad Astra features Brad Pitt as an astronaut in the not-too-distant future. Emotionally devastated by the disappearance of his father, Pitt goes off on a journey to confront the anxieties of his past and his future. Ad Astra, above all else, is a story that emphasizes the importance of maintaining your grasp on the present. It teaches its viewers that holding on to the things that terrify them the most can only lead to ruin.

Clocking in at just under three and a half hours long, The Irishman is Martin Scorsese’s grandest and seemingly final gangster epic. Headlined by Robert De Niro, Al Pacino, and Joe Pesci, the movie serves as a long look in the mirror for Scorsese. The director seems to be asking the question of what his career was worth through the story of the film’s main character, Frank Sheeran. The Irishman is the swan song of the legendary director’s career and can easily be placed alongside his other great works.

Only the directing duo of Josh and Benny Safdie could craft a movie quite like Uncut Gems. Adam Sandler steps out of his comedy comfort zone to star as an impulsive, self-destructive sports gambler in this masterful showcase of sustained tension. Possibly the most nihilistic film of the year, Gems provides an achingly in depth look at the lives of people who, despite their best efforts, cannot seem to go against their most dangerous and harmful desires.

South Korean director Bong Joon-Ho has once again proven that he is one of the world’s greatest living directors. Parasite is an extensive, probing look at the wealth gap that can be found, not just in Korea, but in countries all over the world. However, despite its serious subject matter, the movie is also incredibly entertaining, with some of the most exciting sequences that one could find in a movie this year. It is an incredibly thrilling and intelligent piece of cinema.

Lulu Wang’s directorial debut is a heartbreakingly beautiful portrait of a woman’s reaction to the oncoming death of her grandmother. Lead by a wonderful performance by Awkafina, The Farewell manages to be both achingly devastating and immensely uplifting. The film shows how families find comfort and safety when they are all gathered together, especially during times of great distress and sadness.

Rian Johnson’s Knives Out is far and away the most entertaining film of 2019. Sporting what is probably the most impressive cast of the year (Daniel Craig, Jamie Lee Curtis, and Chris Evans, just to name a few), Johnson’s whodunnit murder mystery feels both delightfully old-fashioned and remarkably modern. The movie manages to have its cake and eat it too in the best possible way by offering a valuable perspective on current American culture, while at the same time acting as an endlessly charming caper. If you only see one movie from this year, see this one.