September’s Pride Assembly off to a Crazy Start 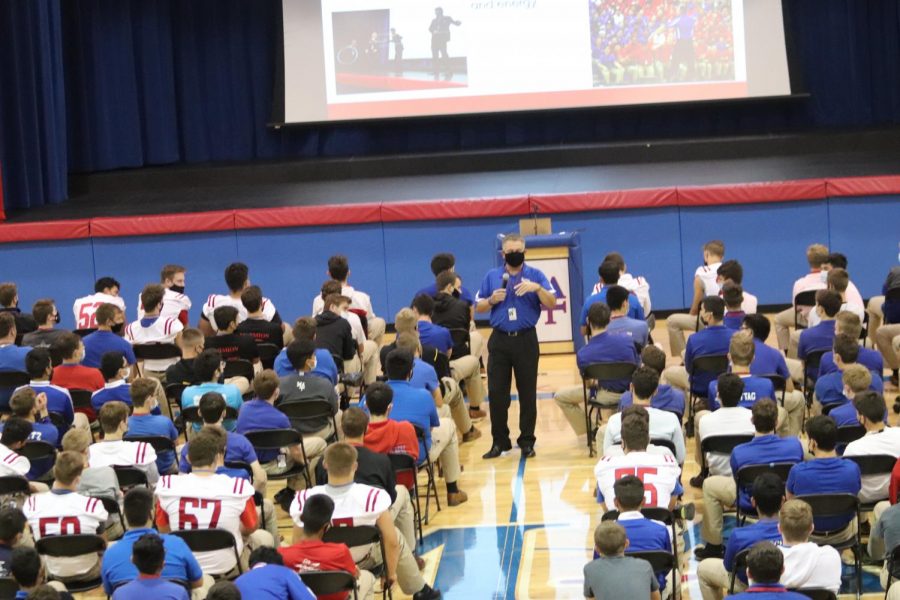 Mr. T warming up the crowd.

September’s Pride Assembly happened on Thursday, September 9th 2021 in Alumni Hall. This was Marmion’s first Pride Assembly of the year and the first one in over a year where the entire student body could be together. This assembly started with a prayer from Father Michael, which reminded everyone to be thankful and appreciative to have this opportunity to be together.  Mr. Tinerella got things started by telling everyone about the great events that happened in the last couple months during summer. He recognized some outstanding students  for going above and beyond with service hours. Then the best part, the class competition. Freshman and sophomore candidates got out early, and then it was down to one junior (Zion Aggrey) and 2 seniors(Kevin Schoeberle and Vlad Erickson). Mrs. Ebert was the referee of the event due to her past victory in the Faculty Musical Chairs. Everyone thought the seniors had a guaranteed win, but Zion made it to the next round. He was an outstanding competitor and Vlad was eliminated. It was a heated battle between Kevin and Zion, but that didn’t matter because in the end, Kevin came up clutch for the seniors. The seniors went wild and rushed the stage. Kevin celebrated by body surfing through the Senior class! Pizza lunch for seniors and some Marmion merch for Kevin. It was a great start for Pride Assemblies.