A Recap of the Marmion Cadets' 2017 Football Season 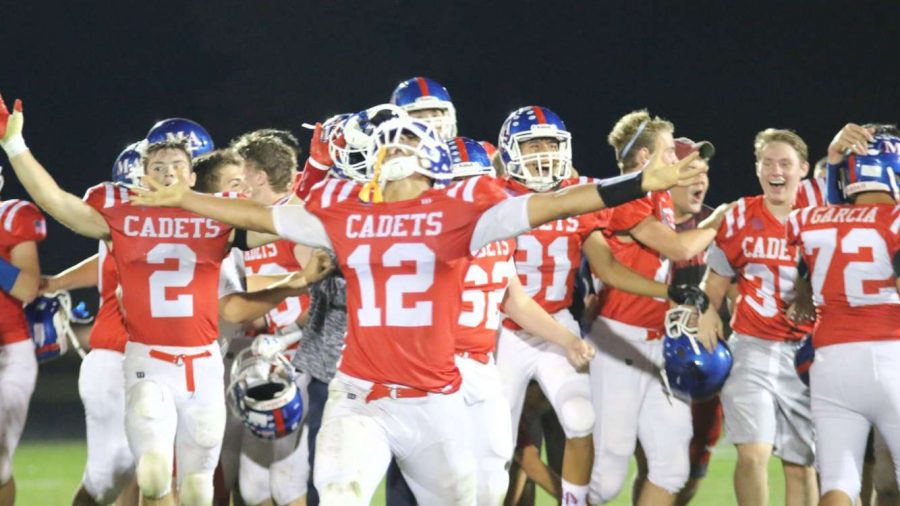 The end of Marmion Academy’s 2016 football season raised doubt for the following year due to the lack of many returning starters and the tough schedule the Cadets would face. Nevertheless, the Cadets rallied around one another and qualified for the 2017 playoffs with a 5-4 record after several close contests throughout the season.

An electric start to the 2017 season brought questions such as whether or not the Marmion Cadets would remain undefeated after a five game winning streak. Either way, it has been shown that they can play with heart in the face of doubt. The next game for the Cadets was on the road, at Fenwick. The game was rainy and hard fought, and early on the momentum kept shifting away from Marmion. Ultimately, the Cadets lost 47-36 after a failed comeback, but it was still a close matchup. The win streak was lost but the spirit of the team remained fervent.

The Cadets had several more hard-fought games but were unable to get another win before the close of the regular season. The spirit was not lost however as they headed into the first round of the playoffs against Shepard High School. With the season on the line, Marmion performed well against the Astros to finish the game with a 34-7 score. There were impressive showings from offensive players Zach Urwiler and Brandon McPherson as well as Patrick Daum on the defensive side. The Cadets’ effort allowed them to advance to the next round of the playoffs, this time against powerhouse Sacred Heart-Griffin.

The fate of the season depended on it, but the game ended in the cyclones’ favor, 45-14. After a hard-earned playoff schedule, the Cadets’ season was over. The 2017 Marmion football team was the sixth team in seven years to make the playoffs and despite the fact that the team is losing starters, the returning players feel confident they can continue the winning tradition.