What is this World Really Made of?

3 Liams with no life, Truthteller

The United Confederation of Wholly Independent Liams consists of Liam Hawkins, Liam Kelly, and Liam Gleason.  These Ivy League intellectuals have graced the Cadet Call with their stimulating and auspicious debates over the most pressing and egregious issues of our time. There may not always be a winner in these scholarly discussions, but we can assure you that whichever individual you disagree with most, that Liam is likely Liam Kelly.  Which Liam is which? We’ll let you, the reader, decide.

For today’s cerebral and high-browed conversation, we tackle a pressing and ever concerning issue: What is this world really made of? Has your entire life been a lie? Read on to find out.

Random Moderator Guy: What is the earth? Is it a globe as they teach us in school? Today, the council of Liams will consider three theories. First, the turtle theory-the idea that we are on the back of a turtle but that turtle is on a another turtle. As that theory suggests, it’s named “Turtles all the way down.” The second theory is the hollow earth theory that inside the earth is another earth containing Atlantis and other places. The third theory—and the most widespread—is the Globe theory that we are on a sphere. 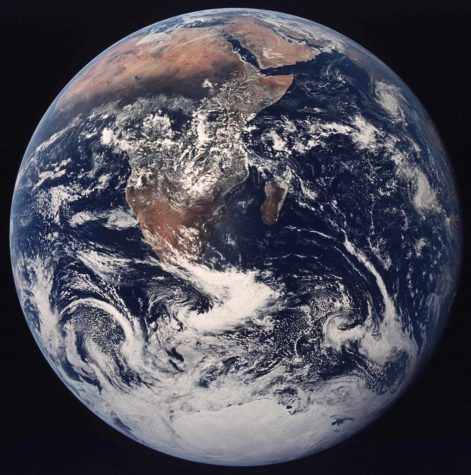 It’s turtles, all the way down-Explained and supported by Liam of Marmion

The flat earthers are way off; we aren’t just a flat plate going through space. That makes no sense; we have to be supported by something. Therefore, we are on the back of a turtle. On the back of the turtle there are elephants that support the earth. That turtle is supported by another turtle and another and another the pattern goes on.

Let me explain to you why this is correct. For one, it explains earthquakes, which is when the turtles move (why else would the world shake?). How would giant continents stay on top of magma? It would just shoot up like volcanos and the earth cannot be hollow or else it would pop like a balloon. This theory also explains how water is on the earth. If the earth was a round shape like those globe-heads believe, then the water would just fall around the earth. For example, take an orange. When you pour water on it, the water falls around and off of the orange. However, if you take a dinner plate and pour water on it, it pools like our seas.

Hollow Earth-Explained and supported by the Liam who’s right

That Liam of Marmion guy sounds pretty crazy right? Let me tell you how the world actually works.

People like to pretend that our planet has three parts: the core, mantle and crust. What if I were to tell you that this is all a lie? After World War II, the Odessa, a secret Nazi society founded in 1944 by Heinrich Himmler, made it their mission to wipe out all knowledge that the Earth is actually hollow. The group claimed there was a whole other world inside of it. Before World War II this was common knowledge, but the Odessa have done their job well. When it became apparent that the Nazis were losing WWII, Himmler began moving troops and resources into the Earth to hide. He hoped that he could rebuild the Nazi empire inside of the Earth. He also knew that if the Allies found out about his plans, they would send in military forces to wipe him and his troops out. Because of this, he wiped all traces of his organization, the Odessa, from Nazi records and had his spies in the nations around the world begin to wipe out the knowledge of the Inner Earth. You must remember that this was long before the internet was invented so while not an easy task, it was not impossible.

More recent evidence can be seen in WWII when files recovered from the Nazis show that they sent an expedition through the Earth to spy on Britain. This can only be possible if the Earth is hollow otherwise it would take years for the Nazis to dig a hole all the way from Germany to Britain. Also, have you ever seen the 2008 movie Journey to the Center of the Earth starring actors as Brendan Fraser, Anita Briem, and Seth Meyers? Well that original script for that movie was actually based on reports of an expedition that actually went into the Earth in the early 1920s. However, Odessa heard of this, and had their agents in Hollywood turn it into a pathetic fantasy science fiction film.

I’m keeping my identity a secret with the hope that I’ll be able to spread the word and warn others. This is just the beginning. Odessa is real and they are coming. They have been building up for a resurgence since the 1940s. Prepare yourself now. For when they come, it will be with a reckoning. Always remember that they are beneath you, but nothing is beneath them.

Globeded Earth by Liam the Red

I don’t really know what these guys are talking about. We all learned in school that the world is round and consists of the crust, mantle, and core, but how do you think it got that way? Evolution.

The earth is quite simply Globeded because of evolution. You see it all started out at the
beginning when God used a globe as a reference to create our great planet so as not to
accidently make it flat. He used a globe as a reference, but he also had video footage from
space to show what it would look like. God destroyd all 2D globes with the help of his
close associate Sarah Palin, who described to God that if she cannot see Russia from her
house, the Earth isn’t Globeded. So there you have it The Earth is Globeded due to evolution, evidence from survelence footage, and facts given to God by his good friend Sarah Palin as an expert to create this beautiful orb.