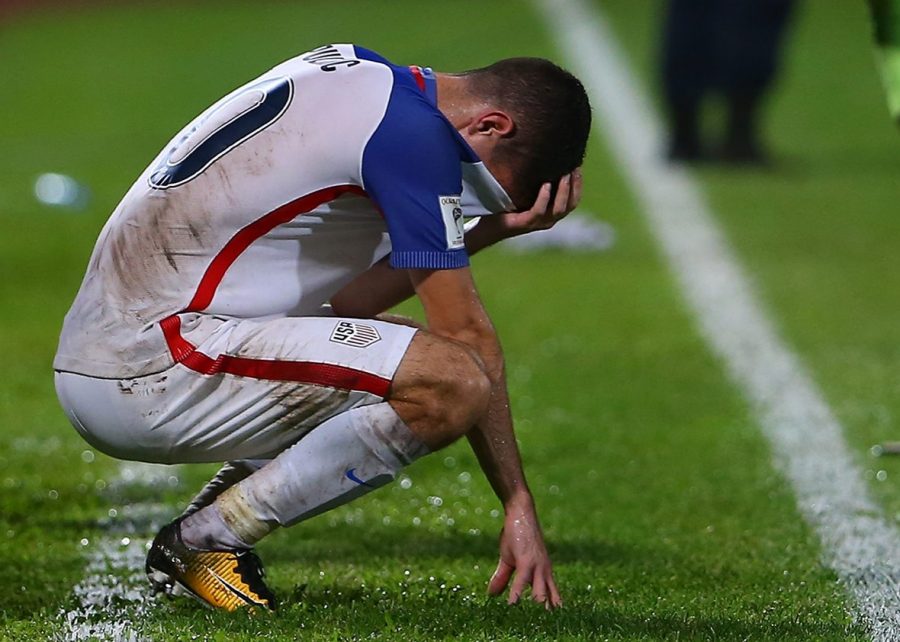 As the United States men’s soccer team prepared for their decisive match versus the small country of Trinidad and Tobago, they must have been thinking there was no way they wouldn’t qualify for the 2018 World Cup in Russia. They were more physically fit, experienced, fundamentally sound, and had all the confidence coming off a strong 4-0 win against Panama that resulted in a 99.4% chance of qualifying for the Men’s World Cup according to ESPN. Only a nightmare scenario, which included both the US losing and Panama and Costa Rica winning, could take away their ticket to the biggest tournament in the world.

As famed US goalie Tim Howard stated when speaking about the teams confidence to get over the early struggles of the group stage under former US Coach Jergen Klinsmaan, “Ultimately, when we punch our ticket to Russia, none of this will matter.” Following the early stages of the Gold Cup tournament play, they were still in a very good position to qualify. If only it were that simple.

Trinidad and Tobago came out to the pitch with an experimental youth squad meant to challenge the US with their good size and speed. However, they were winless in their 9 previous matches as they went 0-8-1.  This practically ensured that the young, but experienced, US team would ultimately come out on top.

However, after only 17 minutes the US had a major setback, as they conceded an own goal from experienced center back Omar Gonzalez. Just 16 minutes later, Alvin Jones scored his first international goal with a 45-yard rocket to the top left corner. At the time, Honduras and Panama were both losing. It did not seem like much of a dilemma, but the US still needed to come back.

Straight away in the second half, 19-year-old sensation Christian Pulisic scored his 7th goal of World Cup Qualifying Series to bring the Americans one goal closer. But, after many chances and close calls in the second half, including hitting the post twice, the United States fell short 2-1. Seconds later Panama scored to go up 2-1 and Honduras moved ahead in their match 3-2. The nightmare scenario had materialized–the United States would not be competing in the World Cup.

Besides the obvious disappointment of not qualifying for the first time since 1994, this also has a drastic effect on US soccer. The sport was gaining popularity at a rapid rate as children across the country have turned away from American football towards soccer due to the growing risk of head and concussion injuries.

But with the sudden loss and expected lack of publicity that will be absent throughout the World Cup, there is no way of knowing just how severely this loss may have jeopardized the upward trend and growth that American soccer has recently witnessed.  Future stars could get lost in the mix and gravitate towards other sports, which will only continue to hurt the development of Team USA. This was an especially crucial qualification, as soccer is one of the few sports the US does not seem to have a grasp on.

Needless to say, the loss will go down as one of the most influential games in US soccer history and will be one that will not be easily forgotten.  US Soccer will now have to wait at least four more years for another chance to help leave a dynamic impact that can help progress the sport in a positive way.